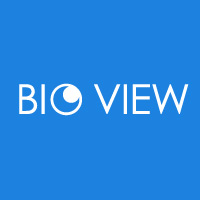 We can begin to unravel the complexity of the immune system by understanding T cells. These cells mediate the adaptive immune response, as well as dysregulated immunological contexts such as immuno-oncology and autoimmunity. Of the many methods for studying the T-cell receptor (TCR) repertoire, next-generation sequencing (NGS) offers the most holistic view; we refer to this method as TCR-seq.

However, not all NGS commercial kits or academic protocols are created equal. The nuances between each method can differentiate a successful analysis from a lackluster experiment. Researchers often find the landscape of NGS kits overwhelming, leading them to ask, "Which NGS method is the best to help answer my question?"

Most TCR-seq methods can be broadly categorized based on the starting material. DNA-based methods are thought to be better-suited for quantification of individual TCR clones, with a single template per cell, but this can become expensive. RNA-based methods are more sensitive and provide quantitative estimates of TCR abundance and gene expression, as well as the ability to easily incorporate unique molecular identifiers (UMIs), reducing PCR bias and enhancing accurate identification of variants and rare mutations.

In terms of the chemistry, multiplex PCR (mPCR) and Rapid Amplification of cDNA Ends PCR (5′ RACE-PCR) are the two most commonly used approaches. mPCR utilizes a pool of primers that targets all V and J germline genes (C genes) to amplify entire V(D)J rearrangements or specifically the CDR3 regions but may be affected by amplification biases and produce skewed relative abundances of products. On the other hand, RNA-specific 5′ RACE-PCR utilizes a single primer set that targets the known C-gene region of mRNA transcripts.

There are four key factors to consider when choosing a TCR-seq method: reproducibility, replicability, sensitivity, and specificity. Here, we highlight a recent study by Barennes et al. published in Nature Biotechnology that aims to systematically compare the relative robustness and accuracy of nine frequently used academic or commercial approaches for library preparation and sequencing based on mPCR or 5′ RACE-PCR. Importantly, Barennes et al. used the same T cell sample to minimize variations due to the sample input.

Using a V(D)J rearrangement model, researchers computed 17 parameters for TCR α and β (TRA and TRB) sequences and calculated Jensen–Shannon divergence (JSD) distances between samples for each parameter. The JSD between distributions of V(D)J usage were then used to define intra- and inter-method statistics for comparative analysis. Replicability was measured as the distance between different samples produced by the same method and reproducibility was measured as the distance between samples produced by two different methods (Figure 1, Panel E). Individual methods were anonymized with the labels RACE-# for 5′ RACE-PCR methods and mPCR-# for multiplex PCR methods. Of the nine methods tested, we are focusing this post on the three top performers: mPCR-1, RACE-3, and RACE-5. The true identity of each method is revealed in the conclusion.

The resulting heatmaps indicated that RACE-3 scored highly for replicability and reproducibility of both TRA and TRB, consistently ranking within the top two methods studied. RACE-5 ranked higher than RACE-3 in TRA reproducibility but fell behind RACE-3 in replicability. Both yielded less scaled divergence than the five other RACE-PCR competitors. When comparing the top two methods for TRB analysis, RACE-3 outperformed mPCR-1 and eight others in terms of reproducibility, while mPCR-1 ranked highest in replicability of TRB. (Note that mPCR-1 does not have a TRA option and RACE-5 lacks a TRB option, but RACE-3 provides both TRA and TRB options.)

Reviewing each method's sensitivity and specificity

The next set of criteria to consider are sensitivity and specificity. In TCR-seq, sensitivity is the accurate quantification of true rare clonotype and variant frequencies. Likewise, specificity distinguishes sequencing errors from true rare variants. To assess each method’s ability to robustly capture all clonotypes, the researchers produced an in silico meta-repertoire from 108 replicates of the same cell sample (45 TRA and 63 TRB). To minimize bias, the following steps were taken: all clonotypes from the nine datasets were pooled with singletons removed, only non-reprocessed (pre-UMI integration) datasets were selected, and dataset sizes were normalized. Meta-repertoire clonotype (MRC) quantification was used to compare the sensitivity of the various methods.

RACE-3 generated datasets that included up to 50% of the MRCs for TRA and up to 40% for TRB, as compared to 10–20% for other RACE methods (Figure 5, Panel A). RACE-5 for TRA and mPCR-1 for TRB also stood out with high MRCs. With regard to the percentage of MRCs captured per replicate, RACE-3 captured up to 40% of the MRCs in all nine replicates and failed to detect less than 1% of the MRCs (Figure 5, Panel B). RACE-5 and mPCR-1 performed similarly to RACE-3 for TRA and TRB, respectively. For TRA, the frequency of MRCs found in nine replicates ranged from 1% to 0.001% for RACE-3 and from 1% to 0.05% for other methods (Figure 5, Panel C, left), while clonotypes not detected in any replicates were present at 10- to 100-fold lower abundance. A similar overall pattern was seen for TRB. RACE-3 and RACE-5 displayed increased sensitivity, which allowed each method to detect a larger proportion of clonotypes at lower abundances especially for TRA compared to TRB.

The diversity and detection of rare clones in the examined TCR-seq methods were found to be highly dependent on the type and amount of starting material. mPCR proved optimal for detecting maximal diversity with low reproducibility, while 5′ RACE-PCR more accurately quantified the abundance of specific clonotypes. For the latter, the authors suggest that UMI-based methods could provide even more accuracy. The data pointed to three consistently high-scoring methods: mPCR-1, Adaptive Technology’s immunoSEQ; RACE-3, Takara Bio’s SMARTer Human TCR a/b Profiling Kit; and RACE-5, the homebrew method by Eugster et al. using a template switch oligo.

However, at Takara Bio, we are always striving to provide our customers with quality, innovative products. To go even further than this stellar performance, we improved upon the TCRv1 kit used in this study by releasing our new SMARTer Human TCR a/b Profiling Kit v2 with the inclusion of UMIs and UDIs, an improvement suggested by the authors in this article.

We hope that this blog helps simplify the landscape of TCR-seq methods available and aids in identifying the right one for you.

Back to Blog Front

Getting ready to sequence T-cell and B-cell receptors? Check out these tips to help you make key decisions before you start.

Learn about the features and benefits of a 5' RACE-based approach to TCR profiling.